After much discussion and planning we've decided to do something different for the 2012 craftathon!

Last year we all trooped to the fabulous Maple Lodge in Accrington and from there to Dawn Bibby's Design Studio where we attended a fabulous workshop presented by Rachel Greig of Dark Room Door. Now, don't get me wrong, we all had an ABSOLUTE ball and vowed to do it all again in 2012 but - thinking about it - we all thought that we had enough expertise between us to host our own mini workshops ...... hmmmmm and the thinking process started!

Some considerable time later ........ we came up with hiring a village hall and hosting our own mini workshops. Well, there HAVE to be some perks of organising the craftathon and I came up with a doozey of an idea. We have a small village hall about a mile from me ....... a railway station about a mile from me and a motorway junction - you guessed it, about a mile from me!!! AND three hotels within that triangle. Following my operation and as soon as I was up for it - I set off to canvas the local hotel rates ..... now we have a Holiday Inn, a Holiday Inn Express and a Premier Lodge ..... some friends have tried the Premier Lodge and, whilst it was OK, they universally preferred the Holiday Inn Express right up to the point they weren't really prepared to negotiate - that's odd! we had the same problem last year with a chain of hotels for Accrington. Undeterred I went for plan B - the Holiday Inn proper and spoke to a really nice person in reservations - thanks Maria! She offered us a better rate and some cool ideas about dining too - so that's where we're going to be! 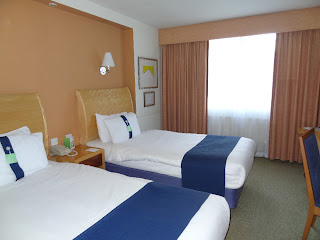 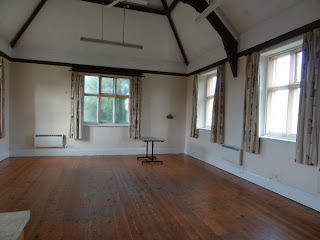 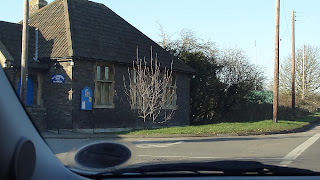 Having now booked the rooms and the hall it simply remained to book the workshops!!! Well, crafters being a lovely bunch we have a mini workshop sorted for altered canvas', one for shrink plastic (which, frankly, always scares the bejasus out of me!) and I'm doing Alcohol Inks (no comments about the alcohol content thank YOU!) - if we've time then another attendee is prepared to offer up water colouring with distress inks and I can always rustle up a post it tutorial using distress inks too - if we run short! Everyone's submitted costings and a list of things we need to bring so I'm pretty sure we're on target here and it's GOING TO BE A BLAST!

It's now getting close enough to wonder whether I've forgotten anything important!! The ladies presenting workshops have forwarded their costs to me along with a list of materials we all need to bring with us. One lady (arriving by train) has given me her eta so I shall be picking her up from the station. Another will be coming by taxi but we don't know what time she'll be arriving just yet. One of our number is marking like a crazy woman in order to be able to come and another (recently moved home) was unpacking boxes in a similar fashion to ensure the family she'll leave behind for the weekend would have sufficient creature comforts! UNFORTUNATELY that particular crafter is also now too poorly to attend for the second year running and she's NOT HAPPY about that. Me? I've been generating a shopping list and persuading hubby to provide the lunch!! I've also arranged to borrow his lappy, screen and projector so we can watch some fabulous creative DVD's. Oh yes, we're almost ready!

You just KNOW there will be photos so be sure and check back nearer the time - we're doing this on Friday/Saturday/Sunday the 3rd/4th/5th of February - you have been warned!

Dinner is booked at the hotel for the first night as we know one of our number will be a later arrival so it's just easier. We're planning a trip to the lovely Raj's (regular readers will already know that name!) on Saturday so we're all sorted ...... so long as Sainsbury's don't run out of sandwiches then we'll be absolutely fine - I've already got the most important stuff (tea, coffee, milk, sugar. BISCUITS) bought and ready to take. 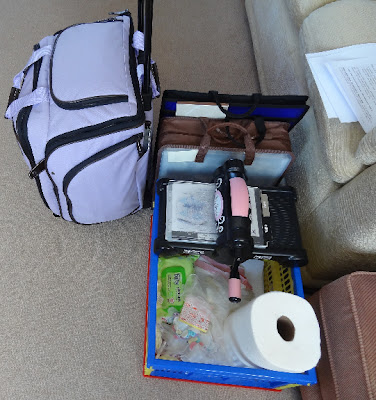 And now it's under way ..... three of us arrived as soon as access was available and we started to set up tables etc, ready to rock and roll!! 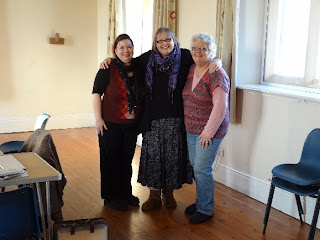 And then it was time to head off and collect Nicola and Clare, once back at the hall we had time to craft for an hour or so before I dropped the crafters back at their hotel - meeting them again for dinner a little later 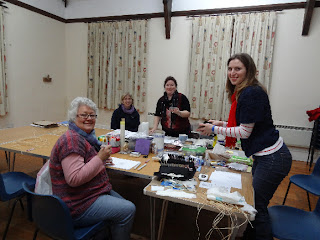 We plan to craft all day Saturday so watch out for more photos!

Hmmm - Saturday dawned very chilly and with the threat of snow but, undeterred, we crafted on!

We looked out as we were getting round to packing up and the forecast was correct, there was indeed SNOW! Hmmm - were we impressed? That'll be a no then. It was scheduled to fall till there was about ½" and then (as the evening wore on) we were reliably informed that it would turn to slush! The girls went back to their hotel and hubby and I packed my stuff in to our car, locked the door of our crafting haven and reluctantly delivered the keys back to Beryl before heading home.

Back to the hotel in the evening, to collect the craftathoniers and take them to ......... Raj's where an excellent evening was had by all, and the snow really DID move on to slush and sleet as the evening wore on - amazing!

Depending on the weather on Sunday morning some of the craftathoniers will be heading to my place to wait for it to warm up a smidge before heading home - we'll see. I'm heading to the hotel for just before 10:00 to say farewell to Clare and to take Nicola back to the station. The other three? Well, it depends how they're feeling although Wynneth is certainly coming back with me! Laterz ........ I'll be posting photos from the restaurant later too.

As a P.S. I've heard that most of the craftathoniers have made it home safely (one still in transit at present) but ONE went via Hobbycraft!! now THAT'S what I call DEDICATION! - you know who you are! They all made it home safely and the one that swerved in to Hobbycraft for "one or two" things obviously can't count as I've seen a photo of her haul and it didn't stop at one or two items!!
P.P.S. ROLL ON 2013!!!

Well its clear you all had a Craft-tastic time. Great little diary there Kathy. Look forward to a couple of Scrap Pages in the near future.